Featured What factors influence who becomes a professor?

From space missions to minuscule microbes, Science Buffs covers STEM research at the University of Colorado Boulder and beyond.

Jaimee is a PhD candidate in Molecular, Cellular and Developmental Biology.  She works in the lab of Dr. Rui Yi, where she studies the molecular mechanisms governing skin and hair follicle development in mice. Her scientific interests include non-coding RNAs and developmental biology.  She enjoys hiking, fishing, and dressing up her pitbull. Connect with her @JaimeeHoefert.

Liza Brusman is a PhD student in MCDB, where she studies prairie vole social behavior in the lab of Dr. Zoe Donaldson. When she isn’t watching voles sleep through her experiments, she hangs out with her pet rats and gecko and watches reruns of RuPaul’s Drag Race. Liza can also be found posting mediocre jokes on Twitter @lizardwithaz. 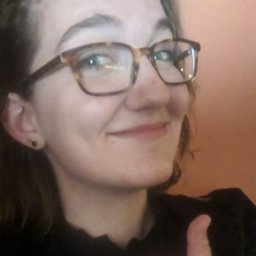 Graycen Wheeler is a biochemistry PhD student in the lab of Dr. Xuedong Liu, where she studies how skin cells coordinate their movements to heal wounds. Graycen spends her free time playing tabletop RPGs, rolling her ankle on hikes, and acting as the sidekick to a very goofy cat. Connect with her @GraycenWheeler. 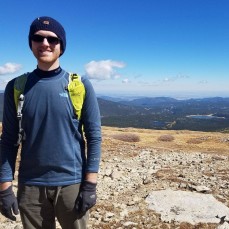 Zach Decker is chasing after his Physical Chemistry PhD in Dr. Steven Brown’s group at the National Oceanic and Atmospheric Administration (NOAA). Zach uses mirrors and lasers inside a well stuffed instrument to take quantitative measurements of molecules like Nitrogen oxides and Ozone in the troposphere. When he isn’t outdoors taking measurements, he’s probably indoors trying to understand them. Or perhaps back outdoors enjoying the mountains.

Amanda Grennell completed her PhD in Chemistry as an NSF fellow at the University of Colorado Boulder (CU) in 2017. She worked with Dr. Gordana Dukovic using ultrafast lasers to study the heck out of a system that can turn sunlight into fuel. As a senior editor for CU’s graduate student-run blog, ScienceBuffs.org, Amanda got hooked on sharing the excitement and passion researchers have for science with a broad audience. Amanda also writes and edits for Chembites and is pursuing a career as a freelance science writer. Connect with her @amandagrennell. 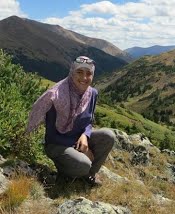 Aroob Abdelhamid is a PhD candidate in Dr. Eleanor Browne’s atmospheric chemistry lab. She studies the atmospheric chemistry of organic Nitrogen and the resulting impact on air quality and climate. In her free time, she likes hiking, sleeping, and eating large tubs of Ben and Jerry’s ice cream while singing along to various hit pop songs. Oh, and trail mix. Aroob loves trail mix.

Bridget Menasche is a PhD candidate in Molecular, Cellular and Developmental Biology. She works in Dr. Jingshi Shen’s lab, where she studies factors that contribute to T cell resistance and sensitivity of cancer cells. Her scientific interests include membrane trafficking, cell interactions, and the crazy diversity of life. When not in lab she can be found reading, cooking, and making paintings of birds. 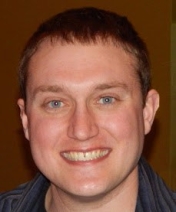 Ryan Harp is a PhD student in the Atmospheric and Oceanic Sciences Department. He works in the Oceans and Climate Lab under Dr. Kris Karnauskas analyzing the interaction between climate change and crime. His scientific interests include the effects of climate change on society as well as science communication and policy. When not staring at his computer code from the lab, he enjoys exploring the mountains of Colorado via hiking and skiing.

Kelsie Anson is a PhD candidate in biochemistry. In the lab of Dr. Amy Palmer, she uses fluorescent sensors to study the metal ion zinc and how it affects cell signaling in the hippocampus, an area of the brain important to learning and memory. She also gets unreasonably excited by proteins that don’t fold properly and their role in neurodegenerative disease. When not in lab she enjoys reading, baking, mountain biking, and middle-school science outreach. She also occasionally tweets @kelsie_anson.

Nate Crossette studied the protein-facilitated transport of macromolecules into and out of the cell nucleus. He also has devoted much of his time to teaching physics as a graduate teaching assistant, and is interested in communicating science to both scientists and non-scientists.

Willow Reed recently graduated from CU Boulder this past May. She earned her bachelor’s degree in Astrophysics with a minor in Theatre. With graduate school in her sights, Willow is currently taking some time off to explore her field, including an internship doing solar research at the Royal Observatory of Belgium. When Willow is not looking at data on the sun, she enjoys going on adventures with friends, watching sci-fi movies, and playing with her cat.

Past writers and editors

Alison is a former editor in chief who graduated from MCDB in 2020. She is currently an immunologist at NYU Langone in the lab of Vanessa Raabe, M.D. Connect with her @AlisonAbridged.

Roni Dengler is a former editor in chief and writer-extraordinaire. Connect with her @RoniDengler.

Aggie Mika is a former writer, editor, and social media guru. Connect with her @aggie_mika.

Gretchen Wettstein graduated with her masters in MCDB. She works in the lab of Dr. Jenny Knight where she studies how students solve problems in biology. When not writing or doing research, she enjoys hiking, baking, and tinkering with fermented foods. Connect with her @GretWett.

Max Levy graduated with his PhD in Chemical Engineering in 2020. He is currently a AAAS Mass Media Fellow at Wired and an assistant editor at Massive. Connect with him @laxmevy.