Clifford Bridges is a force of nature. 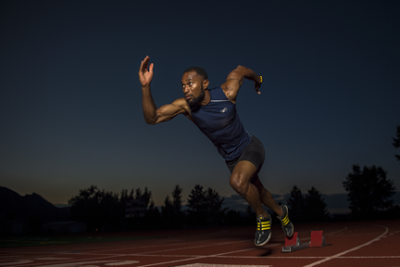 Clifford Bridges is a force of nature. His unrelenting energy is tangible as he describes a long list of pursuits ranging from artistry to athletics—outside of his graduate studies in mathematics. “In all of life, I’m just going for it,” he says.

Clifford was a reluctant academic. Though he hated school when he was younger, this changed when he discovered geometry. Suddenly there were rules to follow and reasons to use them. “If I follow this rule, I’ll get the exact right answer every time.”

This appreciation for the logical nature of math hooked him. In high school, a math teacher with a PhD explained to Clifford that it was possible to do math problems all day and get paid for it. “I was sold.” He majored in math at the University of Maryland, Baltimore County before coming to CU Boulder, where he is currently pursuing a PhD in Algebra in the Department of Mathematics.

An Exception to the Rule

For Clifford, getting to academia meant overcoming barriers. “I grew up in North Carolina, where a lot of people did not care about black people doing well in school.” He was, however, fortunate to encounter individuals who did care, like his fifth grade teacher. “He supported me as an individual and genuinely cared about my success.”

As an undergraduate, Clifford was part of UMBC’s Meyerhoff scholars program (featured in the New York Times), an acclaimed campus organization that aims to increase diversity within STEM fields. “It was an amazing experience…with people who care about success for students, all students.”

Although Clifford was able to succeed academically, he sees himself as the exception in an otherwise flawed system. “It’s not ok to look at me as the rule and say ‘he made it, so it’s ok what we’re doing.’ I hope people don’t do that…just because I made it through doesn’t mean that there isn’t a problem.”

Clifford remains committed to advancing underrepresented participation in STEM and serves on the Diversity Committee within the Department of Mathematics. According to Clifford, the program is small but successful, though he’d like to see more minorities entering the department.

From Math to the Track

To paint Clifford solely as a left-brained mathematician with a penchant for rules would be a misrepresentation of his eclectic personality. “I do a lot outside of school,” he says. That might be an understatement.

As an avid track runner in his undergrad days, athletics are still a substantial part of his life. He competes in track meets around Colorado and has also been coaching track at Fairview High School in South Boulder for the past 6 years. “My physical ability gave me the idea that I’m capable of a lot of things, more than I would expect. And that transferred into academia, and life in general. I hope that by coaching, I’m giving that power to other people.”

In addition to empowering students in an athletic capacity, Clifford serves as a mentor for a student at New Vista High School through a program called Impact the Youth. Here, Clifford serves as a life mentor. “At least once a week, I try to go see him, chat, work out some problems… it’s more about surviving high school.”

From the Track to the Runway

When asked what activity takes up most of his time outside of school, he answered “sewing.” As designer of his own clothing and a member of CU’s Fashion Design Student Association (FDSA), he does a lot of sewing. “I love fashion, I think it’s really fun.” His interest in garment-making stemmed from his days of modeling for other designers. He thought, “I can do that.” So he did.

He designs simple, colorful, shape-flattering pieces for everyday wear, as well as more “exotic, weird pieces that are just cool and fun to make” for FDSA themed fashion shows and events. Some of these more avant-garde pieces include intricate costumes for FDSA’s most recent masquerade fashion show (check ‘em out on Facebook or Twitter).

Though he makes clothes for both men and women, he has a particular interest in women’s style. His goal is to make clothes that are specific to a diverse body types. “If you feel like the clothes you wear are meant to hide your body, as opposed to celebrate the canvas, then I think there’s a problem. I want to make clothes that can be considered sexy and fun but for all different shapes and sizes.”

Eventually, Clifford wants to improve the process of garment making by merging his mathematical expertise with his creativity. His hope is to make clothes that are tailored to an individual’s unique figure. “My goal is to 3D scan bodies and make clothes that will fit…like a personal seamstress.”

Wearable technology is another project that brings together Clifford’s passions for clothing and math. Wearable technology is exactly what it sounds like—advanced technology and gadgetry incorporated into clothing. According to Clifford, it is possible to design a touch screen embedded in the sleeve of your shirt, for use instead of the touch screen on your phone. “When you’re running around, you can swipe it to answer a phone call, or something like that.”

The problem with this idea is that arms are curved surfaces while touch screens are typically flat, and it’s proven to be quite difficult to replicate the technology that allows for multidirectional swiping on a curved surface. As a side project, Clifford aims to help figure this out.

When asked what he wants to be when he grows up (fashion designer, model, entrepreneur), Clifford is going to stick with math. He wants to obtain a faculty position and split his time between research and teaching. “Research is what interests me the most. The idea of seeing my last name in a math book, and some little kid saying ‘that Bridges theorem’ seems cool to me.” He is also passionate about helping people understand math, and believes that, even though every student will likely not go on to pursue math as a career, a basic understanding of math promotes valuable problem solving skills.

From designing clothes, running track, coaching, and mentoring, to studying hundred-year-old math theory, Clifford lives an intriguing and impressive life. He approaches these endeavors with a bold joie de vivre that is infectious—I left the interview wanting to go run a marathon or take a crack at poetry because why not? As Clifford says, “It’s a fun life. You’ve gotta keep it interesting.”