According to the National Aeronautics and Space Administration (NASA), the average temperature of the Earth has increased 1 degree Fahrenheit over the last 100 years.

Outside of my professional life as a physicist, I have not seen any visceral evidence that makes me believe in climate change. One Indian summer, one hurricane, or one hot day is not enough evidence to convince me the climate is changing. 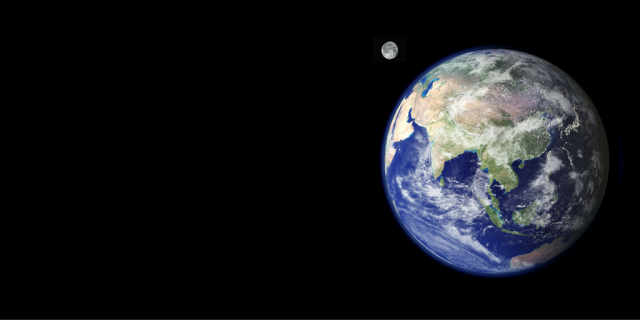 According to the National Aeronautics and Space Administration (NASA), the average temperature of the Earth has increased 1 degree Fahrenheit over the last 100 years. I have neither lived for a century, nor do I have the ability to sense a one-degree temperature increase.

But even though I cannot feel or see the effects, climate change still presents a dire threat to the United States and the world.

Jim White, a climate scientist at the University of Colorado – Boulder, best summarized the reason for this concern by saying “humans have really taken over the planet. We are not talking about a system in which we are small riders on space ship earth. We are the pilots.”

“We now out do plate tectonics,” White says. Humans now move 10 times more earth through mining and construction than all the winds, rivers, rains, snows and glaciers on the planet. We also produce more fertilizers than all natural processes on earth, which vastly increases our planet’s ability to support a growing human population which will reach 9 billion by 2050; a blisteringly fast increase from the 1 billion in 1804.

The technological developments of the Industrial Revolution rapidly increased the human standard of living. But, it was also when humans began releasing substantial amounts of carbon dioxide in to the atmosphere, a result of burning fossil fuels.

So, when humans started to fuel an explosion of technology by burning coal, oil, and natural gas, the atmosphere had 280ppm carbon dioxide. Today, 166 years after the end of the Industrial Revolution, atmospheric carbon dioxide stands at 400ppm. This crunches out to an average annual increase of 0.7ppm per year: 70 times the natural rate.

A concentration of 400ppm means that the atmosphere is a measly 0.04% carbon dioxide. Why such a big concern over such a small number? Because every other time in Earth’s history, when the atmosphere was 0.04% carbon dioxide, sea levels were about 40 feet higher (high enough to completely engulf Miami under 34 feet of ocean) because the average temperature of the Earth was 6-7 degrees Fahrenheit warmer than today. The warmer temperature causes the water in the ocean to expand, and also melts Antarctic land ice; both effects contribute to raising the sea level.

But, if our atmosphere currently has 400ppm carbon dioxide why aren’t oceans and temperatures already that high? “We don’t have a 400ppm planet, yet, because it takes about 50-100 years before you feel the effects of the increased carbon dioxide,” says White.

The oceans are responsible for this delay. Water takes longer to heat up than air and most other substances, so oceans trap a lot of extra solar energy before their temperature rises. So, just like you have to wait for water on the stove to boil, we have to wait until the Earth heats up in response to extra carbon dioxide. This is why that everyday evidence of climate change is hard to find.

So even though we don’t realize it yet, we are the pilots steering the Earth’s climate. We have control over the future of the climate and can do something, if we choose.

“At least the White House will be river front property,” says Jim White.