An open letter to a country disillusioned with science 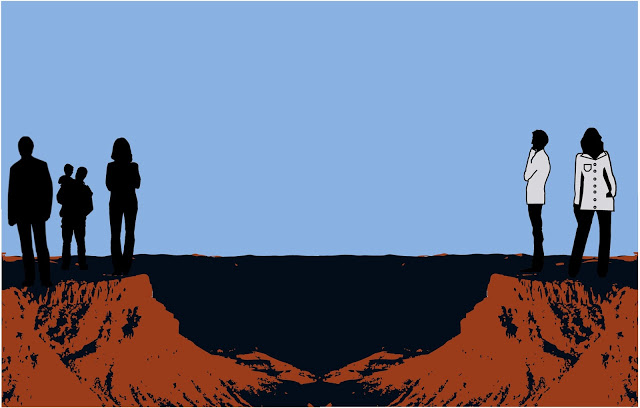 Even on a long day like this, when I’m trying to get an experiment to work for the third day in a row, I love what I do. But it’s hard. And with the constant barrage of social media opinions about how vaccinations are hurting our children, or how climate change is a hoax, I often feel that my passion doesn’t fit into this world—a place where science has a tendency to be unappreciated, mistrusted, or even hated.

We live in a world where a doctor can publish a fraudulent study that quickly gets retracted, lose his privilege to practice medicine, and yet retain the utmost respect of those who still believe his fake results. But that same groups says the Centers for Disease Control and Prevention (CDC)—an organization respected around the world— must be involved in a conspiracy, and needs to be held accountable for being out of control. A growing sector of the American public believes scientists are untrustworthy, driven by greed and their own selfish desires.

It can be easy to find fault with scientists. We are human, and we make mistakes. Like everyone else, we see the world through a particular lens, and that can influence how we interpret data. So sometimes we get it wrong, sometimes we argue with one another.

But we also spend hours upon hours in productive collaborations, reviewing grants and publications, at conferences critiquing each other’s work and offering suggestions. We spend years, or even decades of our lives training, and along the way we become experts. And those arguments I mentioned, major or minor, public or private, lead to incredible breakthroughs.

The thing is, science is a moving, breathing organism. To get to the answers, it has to go through growing pains. Scientists have to to draw some incorrect conclusions and backtrack or side-step to ultimately get to the right place. In this age of instantaneous, ubiquitous news, it can look like scientists are just fumbling around in the dark, making wild guesses at what’s going on in our world.

There’s a reason this is so disconcerting to the public—from the earliest age, students are taught that science is cut-and-dry, that each scientific question always has a right or a wrong answer.

In the real world, it’s not so simple.

Take, for example, the trajectory of AIDS. When the outbreak first started, no one knew what it was. Homosexual men had started showing up in hospitals, immuno-compromised and with a rare cancer called Karposi’s Sarcoma. A clinic to treat the cancer and a research foundation to study it were formed. In the midst of this effort to study and treat Karposi’s Sarcoma, doctors and scientists realized that the disease was much more than just cancer. It wouldn’t be until two years after the initial outbreak that scientists would identify a virus, the Human Immuno-deficiency Virus (HIV), as the cause of AIDS.

The scientific process is messy and complicated, and rarely is there just one right answer. Today, thirty-five years after the first patient with AIDS walked into a hospital, we still don’t fully understand how HIV works. So we don’t yet have perfect treatments or a vaccine. But imagine how different the world would be if scientists had stopped looking, chalked the AIDS epidemic up to Karposi’s Sarcoma, and left it at that. The scientific process thrives only when scientists are allowed to go down the wrong path, explore and discover, and finally land on the right answer.

As someone who comes face-to-face with the realities of science on a daily basis, it can be difficult to understand the perspective of the public. It can be frustrating, even disheartening, to be a scientist in this climate. But the ever-growing disconnect between scientists and the community is precisely why I’m still here, working to make my way in a career that is already so strenuous and stressful.

Working through that disconnect is one of the most important, and hardest parts of my job. Unfortunately, it’s something that not all scientists see as part of theirs. We’re human, and just like everyone else, we tend to shy away from what’s uncomfortable.

But I am one of many in the new generation of scientists who believe that the best way to serve the public is to establish meaningful ways of communicating. And here at Science Buffs, we are all working to bridge the gap, to help show the public what real scientists and the scientific process are like.

Science isn’t easy, and scientists aren’t perfect. But we care about this planet we live on, and the people who inhabit it. We pursue challenging questions, check and re-check our results, and use our expertise to expand the base of knowledge about important topics.

More than anything, scientists want to show people how we see the world: as a messy, complex, and beautiful place. If you stick with us through the struggle to get to the right answer, we’ll be here to keep helping the world ask and answer the difficult questions.