NextStranded on Mars: The science behind The Martian
Paper Features

Clean hair, dirty air: how personal care products may be a cause of air pollution

For years, environmental scientists have been stumped as to why their best atmospheric models consistently under-predicted emissions of volatile organic compounds (VOCs) relative to field measurements. Scientists would predict a certain amount of VOCs using computers, and find way more when they measured VOCs in the real world.

“Why we study [this] in the first place, is because of its potential impacts on human health,” said Brian McDonald, a Research Scientist at Cooperative Institute of Environmental Sciences (CIRES). McDonald stated that in urban air, scientists have detected an unexpectedly high rate of toxic fine particle formation. The origin of these particles can be traced to secondary organic aerosols, which arise directly from VOCs.

“The question is,” said McDonald, “Where do these [unexpected aerosols] come from?”

Secondary organic aerosols are a key component in smog and fine particulate matter that can deeply penetrate human lung tissue. They form when VOCs react in the atmosphere. VOCs are also precursors for ground level ozone. These ingredients contribute to deadly air pollution, which is responsible for 10 premature deaths an hour in the United States.

VOCs encompass a wide variety of chemicals. They get their name from the ease with which they evaporate—they are volatile.  The enjoyable (or sometimes gross) scents in our everyday products are VOCs being emitted. Once released into the atmosphere, VOCs act as source of secondary organic aerosols, ozone, and fine particulate matter. This motivates scientists to model VOC emission and understand how the fuels we burn and the products we use affect air quality.

Historically, in urban areas such as Los Angeles, VOC emissions were thought to originate predominantly from burning fuel. The bulk of regulations controlling VOC emission has thus primarily addressed the contributions from energy production and vehicle exhaust. As a result, significantly less attention has been given to chemical products ranging from deodorant to paint thinner that also emit VOCs.

VOCs encompass a wide variety of chemicals and are often found in scented products.

Now, researchers at CIRES—a collaboration between the National Oceanic and Atmospheric Administration (NOAA) and the University of Colorado Boulder—are showing that VOC emissions are “transitioning away from transportation-related sources and toward [chemical products],” according to a paper published in Science last week. The team explains that, because of VOC regulations on vehicles, the relative emissions impact of chemical products has increased dramatically.

As lead author, Dr. McDonald pulled together the large multi-disciplinary team of modelers and field chemists. Although the findings are recent, the work utilized data from a 2010 field-intensive campaign that brought about 100 air-quality scientists to Los Angeles. The team measured the amounts of specific chemicals in air to study the interactions of air quality and climate change issues. Dr. McDonald revisited these data to understand model and field discrepancies.

Ultimately, it was ethanol that tipped them off. Ethanol makes up about 10 percent of gasoline, so its presence was no surprise. The real bombshell came when the team of scientists measured five times more ethanol in the air than expected. Gasoline alone could not explain such a difference. Instead, they had to consider other sources. Because ethanol is also very prevalent in personal care and cleaning products, the team turned its attention towards these sources.

“A lot of the conversations within the scientific community are related towards ‘is this coming from gasoline engines or is this coming from diesel engines?’,” said McDonald. “What’s new in this study is trying to suggest a third source.”

The team showed that the third source—volatile chemical products—contributes as much ground-level ozone and secondary organic aerosols as do all fuel sources combined. When considering air pollution in cities, McDonald reiterated that the traditional focus is on transportation. “It certainly was very surprising to us to see that it was more like a 50-50 split where a lot of driving does occur.”

This means that the volatile ingredients used in consumer products, such as personal care products, paints, and cleaning agents, are reacting in our atmosphere in remarkably large amounts. In fact, despite only representing 4% of product use by weight (fuels represent the other 96%), the authors found that volatile chemical products account for essentially half of total VOC reactivity and more than half of the secondary organic aerosols forming potential. In other words, a bucket of paint can have more secondary organic aerosols forming potential than 45 gallons of combusted gasoline. That’s like finding the one student in a class of 25 whose tuna sandwich stinks up the room as much as everybody’s lunches combined. In this case though, the scent of the kid’s tuna sandwich may directly lead to the formation of lethal air pollutants. Furthermore, this may not just be a problem in the outside spaces of populated cities. The team measured VOCs emitted from chemical products to be seven times more concentrated indoors than outdoors. 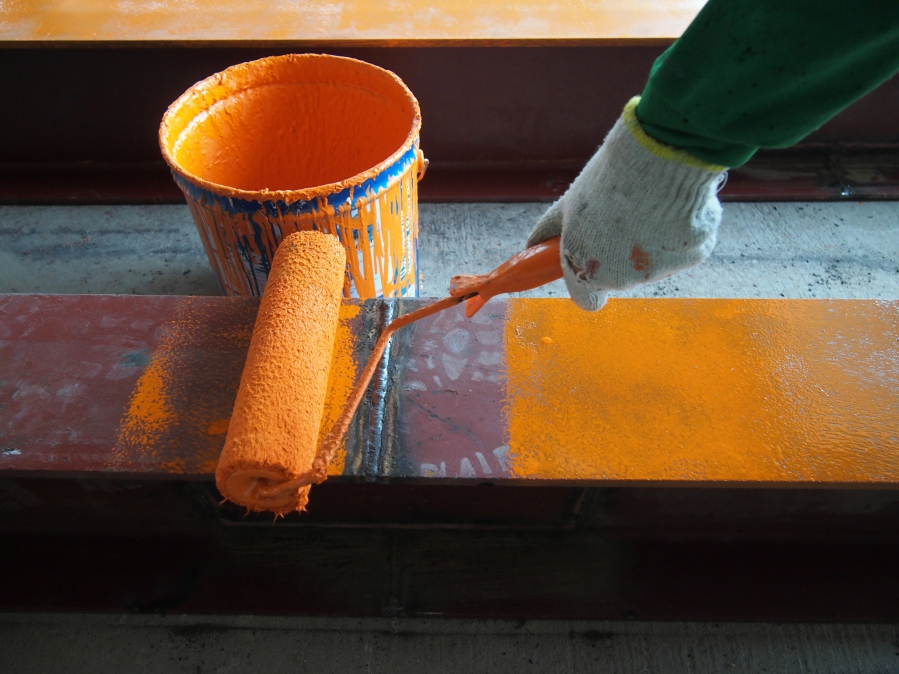 A bucket of paint can have more secondary organic aerosols forming potential than 45 gallons of combusted gasoline.

McDonald and his team came to this conclusion by evaluating several independent pieces of evidence. First, they used energy and chemical production statistics to meticulously account for potential VOC sources. These data, together with laboratory testing of chemical products and emissions assessments both indoors and outdoors, backed up the finding with robust empirical measurements.

McDonald stresses that it was essential to employ such a comprehensive program. “To be able to say that the VOC emission from chemical products is comparable to [transportation and industry] really requires a lot of evidence from a lot of perspectives… Having all of that to be consistent with each other wasn’t obvious from the beginning but ended up making a more powerful analysis.”

Although the researchers were surprised by the results, McDonald reminds us that there is a silver lining. “I think it’s a good news story. We’ve controlled the traditional sources and now we’re reaching a phase where, to the extent air pollution still exists, there are more sources than just transportation.”

With the track record of tighter regulations on fuel exhaust reducing VOC emissions from cars, this makes sense. McDonald points out that the smaller footprint for transportation directly results in greater relative contribution from chemical products. In other words, the significance of VOC emission from products like perfume is a testament to effective mitigation of fuel-borne VOCs. And that’s important to remember; it is critical to avoid being misled by clickbait headlines claiming that “shampoo is as bad a health risk as car fumes”. (There are other toxic components in fuel exhausts that don’t count as VOCs, such as “NOx” gases that contribute to acid rain.) Instead, this work can encourage a policy discussion that builds on the success of past regulations.

And VOC regulation in chemical products is no groundbreaking concept. VOCs have long been regulated for their potential impacts on ground-level ozone. But the team hopes that its findings will direct attention to the previously unrealized influence of chemical products on secondary organic aerosol formation. Doing so would address a key global health concern as secondary organic aerosols and fine particulate matter are responsible for millions of deaths annually.

Moving forward, McDonald says that the specific connection between chemical products and the fine particulates caused by secondary organic aerosols is still unclear. “More fundamental studies are needed to figure out which chemicals in these products are really efficient at forming [secondary organic aerosols].” Additionally, more work is needed to understand the health implications of these emissions. Answering these questions would ultimately provide the best information for policy makers.

McDonald claims the study hasn’t made him think twice before putting on deodorant in the morning, but it has made him more aware of open containers. Even simple changes, like remembering to close lids, can prevent VOCs from escaping into the air. That should be reassuring for all of us. We can surely benefit from more awareness in product use. But as for the benefits of unbathed masses and unpainted walls—that might be harder to swallow.