NextWhat’s In Your Wrapper?
Uncategorized

Saving the Soil, and the Planet

Jake Kenny on innovation in agriculture.

As greenhouse gas emissions continue to rise, our future depends on our ability to manage carbon levels. It turns out that one of the most important players in the future carbon economy is right below our feet.

We tend to view our land merely as a medium to grow food, but soil stores more than three times more carbon than that contained in the air. And the ability of soil to capture and hold carbon from the atmosphere is intimately tied to farming practices such as irrigation and tilling.

Scientists recognized this capture and storage of carbon as a potential climate solution decades ago, but the development of devices and strategies for increasing carbon levels has remained an academic venture. A bill introduced by Senator Michael Bennet of Colorado and Representative Cynthia Axne of Iowa seeks to create a new funding agency named “Advanced Research Projects–Terra” (ARPA-TERRA) to bridge the gap between lab scale discovery and real world implementation.

The name “ARPA” may sound familiar. Defense- ARPA (DARPA) was created in 1958 by President Dwight D. Eisenhower, and ARPA-Energy (ARPA-E) was established in 2007 by President George Bush. The goal of these advanced research project agencies is to identify critical gaps in research that are not currently funded by other U.S. agencies, and are unlikely to be undertaken by industry. For DARPA, this meant taking on unexplored projects to solve huge issues, such as the global positioning system (GPS) in the early 1970’s. But in the energy sector, the gap was between lab scale research and industrial implementation. ARPA-E sought to drive studies that both explored new territory and reduced uncertainty for bringing technology to market. ARPA-Terra seeks to apply this same methodology to the agriculture sector, where there is a significant barrier between research and practice. 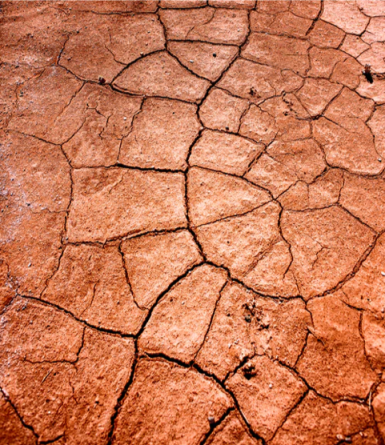 Over the last 100 years, farmers have increased crop productivity ten-fold. But that has come at a cost. In a 2004 paper in the journal Science, Rattan Lal, a professor of soil science at Ohio State University, estimated that converting undeveloped land to agricultural land using traditional farming techniques can strip 60% of the carbon from the soil.

Lal describes our soil as a bank account. To sustain the output we need from our crops, we must replace the nutrients and calories extracted from the soil for food production, according to Lal. If we fail to do this, the soil’s ability to produce nutritious food and resist erosion, termed its “soil health”, will decrease over time.

Climate modeling has shown that agricultural practices that reduce energy/material inputs and restore soil carbon will be an essential piece for climate change mitigation. Implementing these climate-friendly solutions can benefit the farmers too, as it can reduce their operating costs and increase resilience to extreme weather with minimal impact on yields. But to monitor the impact of changing practices, farmers need real time data. Soil characteristics can vary significantly across short distances, making manual sampling across many acres a monumental task. Even once the data have been acquired, it is not straightforward to decide how much to water or when to seed.

Recently ARPA-E provided over $30 million in funding to nine universities to address this issue. The project, known as ROOTS,  or Rhizosphere Observations Optimizing Terrestrial Sequestration, targets a 50% increase in soil carbon while reducing the need for fertilizer.

The proposed technologies rely on developing portable equipment that can measure soil and plant characteristics, and then link this data with genetic descriptors of water and nutrient fixing. The goal of the initiative is to get a better picture of what practices lead to more carbon being left in the soil. Such practices could include no till farming, where crops are grown without agitating the soil, and cover cropping, where additional nonfood crops are planted in the same field so restore certain nutrients and prevent erosion. While this program has had success so far, it is set to end in May of 2020. And ARPA-E does not appear to be continuing to fund research in agriculture outside of its immediate energy applications.

Without continued research, farmers would independently have to undertake the responsibility of restoring carbon to their lands when it becomes necessary to improve yields. This is a huge undertaking, especially if the results and timeline are uncertain. The goal is for ARPA-Terra to fill this gap and continue the investment into increasing the environmental and economic potential of agriculture.

“At a time when American farmers and ranchers are facing extreme weather and low commodity prices, it is more important than ever to invest in research that will form the building blocks for major technological breakthroughs to advance American agriculture,” Bennet said in a press release from November 2019.

The language of the bill is intentionally broad allowing for a large suite of research projects to fit in. David Babson, currently a Program Director at ARPA-E, pitched the idea to Senator Bennet in 2017 amid discussions on the 2018 Farm Bill.

“One could imagine any number of programs fitting into these broad categories, and there will be so many good ideas to consider. I expect there will be a lot of emphasis on new areas of agriculture research that are not currently explored extensively by ARS currently such as things like vertical farming, carbon farming, and alternative and cell-based meats,” Babson said in an email.

For the bill to become law, it must be brought to vote in the Senate by the Committee on Agriculture, Nutrition, and Forestry, as well as pass in the House. Despite this long road, the bill and accompanying conversation are a step in the right direction to realize the untapped potential of soil for climate solutions.